Solar Hot Water – Is it Worthwhile? 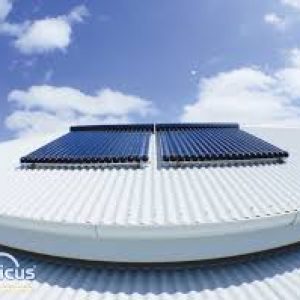 Solar Hot Water – Is it worth while?

Some may think that Geelong and the Surfcoast even Colac is too far south in Australia to really benefit from solar installations such as solar water heaters and solar energy panels.  Wrong! Eenthe South of New Zealand has seen the benifit of Solar hot water, On that basis Melbourne should have more than enough solar harnessing capabilities.

Solar water heaters (solar hot water) are some of the easiest ways to take advantage of the massive amount of energy pumped out by the sun for free every day of the year (Cloudy days even produce enough heatig to make a difference to your water storage). Making up about 20 to 40% of the total energy consumption, heating water is one of the largest parts of any domestic energy bill. It doesnt matter whether you use gas or electricity to heat the water, Gasisnt ascost efficient as Electrcial but benifits are still reasonable.  This means that the installation of a solar hot water system can save you up to 40% of your current energy bill in the right situation. All installations are different though and should be treated as such.

Where to place your Solar hot water in Geelong

Solar hot water service installs are fairly simple.  The installations involve a series of pipes that have been arranged to absorb and trap the heat from the sun.  Usually, these are black with cylindrical glass, ( Evacuated tubes) Newer technology– black to absorb and glass to insulate.  North-facing roofs are the best place to locate and as close as possible to your hot water tank.  If you are building a new home in Geelong from scratch and plan on installing solar hot water then also take into consideration that the angle of the pitch of the panels should be as closeto the longatude of the city you live in. EG Geelong aprox 32 Degrees.

Why Invest in Solar PowerBlog